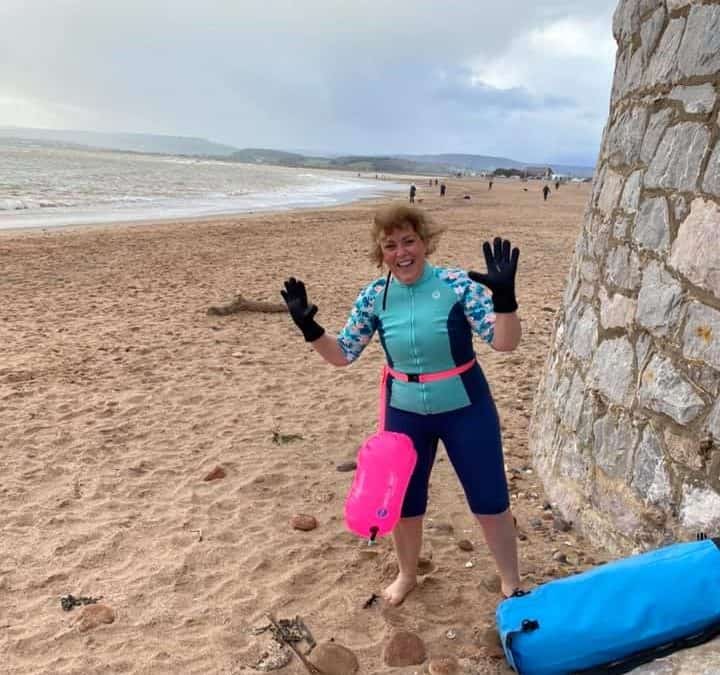 My life changed massively when at the age of 40 I became a single parent and moved house whilst 7 months pregnant to a house with no central heating and a tiny baby arriving in November.   Within 2 years I had been made redundant but before the final month I launched my own company and won a competition – launching in London in front of 500 internet experts.    With this backdrop I worked full time, never giving myself time to relax and building a website of local products with limited funds and no partner.

I was therefore working at high level stress but major enjoyment for my company – I did 3 years at the Devon County Show building 4 showrooms of local products and featuring in the Queen’s 90th Birthday Book which went to all the UK Embassies around the world, VIPs and Heads of States.   My business was one of only 100 companies in the country that was featured.   It was all tremendously exciting – whilst trying to launch a new website.

On the my 50th birthday I took a week off (I’m now 54 years old) and never started again….It was as-if the light went out; I did long dog walks hoping to find myself at the end of the walk – but never found it.   I truly thought, and it would make sense, that it was just burnout but it was something else   I couldn’t function and all I could say was ‘I wasn’t me’.   I didn’t even know me.   I put one foot in front of each other without stopping (as I hadn’t and couldn’t as no back up at home) but if I could have checked out I would have.    My lovely daughter didn’t have a mum for quite a while – there was no enjoyment in life; no purpose; no energy (I slept most afternoons and it was so bad that I felt physically sick if I didn’t put my head down and sleep).   The ‘black cloud’ never left; the passionate person wasn’t any more; I didn’t want to socialise even though I never really spoke about it to anyone but a very few close friends.  To be fair I didn’t realise what it was (as my life had been massively overloaded so put it down to that) and only felt that with time I would find myself.  I never did.    I also had heavy bleeding and fibroids removed along the way.

With many low key visits to the doctor for iron tablets; blood tests and depression tablets (which I didn’t take) I found a great doctor who suggested I go on to HRT.   It was a life saver – it was a game changer.    Within 2 weeks I actually felt human again and since then I have continued to build on my welfare and those around me.  I won’t say it’s been easy – life never is.  BUT I never had any information on the menopause – I didn’t have any pre-warning on what I would feel.  The BBC did some morning programmes and the senior policewoman that was interviewed and said ‘I used to do multiple things all the time and suddenly I couldn’t finish anything’ was just how I was.   I never took my life at some points – there was no purpose and no value.

I still feel shaky at times but for me HRT was a game changer and I’m so grateful for that.